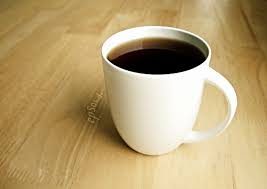 Prices have been been increasing on many types of food and drinks in recent years due to drought and other external conditions. That problem is now spreading to coffee.

It has been slowly hitting coffee since early this year, according to the Wall Street Journal. The increased coffee prices have begun trickling down to the consumers now.

Coffee, like other crops, has been affected by droughts in prime coffee-growing areas like Brazil. Consumer reports have been claiming this will result in a poor harvest. One of the most renowned types of coffee beans, Arabica is going to be hit the most since it is prevalent in many premium coffees.

It appears as though it is going to be around a 9% increase. Coffee prices have already showed signs of a 50% increase, despite projections of low costs for 2014.

It is starting to show on most major coffee brands. It is hitting classic brands like Folger’s, Starbucks, Dunkin’ Donuts, and the like. There is no news that it has started hitting Hills Bros. Coffee yet, but that seems inevitable given the conditions.

What Does This Mean For You?

Unfortunately, it is going to mean that if you are a constant coffee drinker, you are  most likely going to be paying more for that cup of coffee.

What Can You Do?

Everything is going up in price, so it should not be a surprise that coffee is heading that way, too. You can either make adjustments for it in your budget when the time comes, lessen the amount of premium coffee you drink, or you can switch to a more affordable brand.

This is most likely going to be distressing news for those that are already on a tight budget but love their coffee. Unfortunately, when the time comes, it will hit all coffee drinkers.

The good news is that you do not have to give up your coffee. You just have to account for the increased coffee prices because they will most likely decrease again in the future.

So, go ahead, and enjoy that cup now while it is still affordable!